Another pathogen arises while vaccine development researchers accomplish significant achievement in controlling one terrible disease. Vaccine development is a lengthy, complex process that takes between 10 and 15 years and involves both public and commercial stakeholders. During the twentieth century, the current system for creating, testing, and regulating vaccinations evolved as the various entities involved standardized their techniques and standards.

A systematic set of stages is followed in the creation and testing of vaccines. The first steps are designed to be exploratory. As the candidate vaccine progresses through the process, the amount of regulation and control increases.

This stage usually lasts 2-4 years and comprises basic laboratory research. Natural or synthetic antigens that could help prevent or treat disease are discovered by federally supported university and government research. Virus-like particles, attenuated viruses or bacteria, weakened bacterial toxins, or other pathogen-derived compounds could be used as antigens.

Preclinical studies evaluate the candidate vaccine's safety and immunogenicity, or ability to elicit an immune reaction, using tissue-culture or cell-culture methods and animal testing. Rats and monkeys are examples of animal subjects. These studies provide researchers a sense of what cellular responses to expect in humans. They might also recommend a safe beginning dose for the next phase of research, as well as a safe vaccination administration strategy.

The candidate vaccination is tested in humans for the first time on a small group of adults, usually between 20 and 80 people. If the vaccine is meant for youngsters, researchers will test it on adults first, then gradually reduce the age of the test subjects until they reach the target age. Non-blinded Phase I trials are possible (also known as open-label in that the researchers and perhaps subjects know whether a vaccine or placebo is used).

The purpose of Phase 1 testing is to find the candidate vaccine's safety as well as the type and magnitude of immune response it elicits. Researchers may utilize the challenge approach in a small number of Phase 1 vaccine trials, seeking to infect participants with the disease after the experimental group has been vaccinated. These research' participants are closely observed, and the conditions are strictly regulated.

Phase II testing involves a bigger sample of people, numbering in the hundreds. Some people may be part of a group that is at risk of contracting the disease. There is a placebo group in these trials, which are randomized and well-controlled. The purpose of Phase II testing is to look into the candidate vaccine's safety, immunogenicity, suggested doses, immunization schedule, and delivery mode.

Successful Phase II candidate vaccines progress to larger trials with hundreds to tens of thousands of participants. The investigational vaccination is compared to a placebo in these Phase III experiments, which are randomized and double-blind. The purpose of Phase III is to evaluate vaccination safety in a broad population of people. Certain uncommon side effects may not have manifested themselves in the smaller numbers of participants evaluated in early periods.

The vaccine developer will file a Biologics License Application to the FDA following a successful Phase III trial. The FDA will subsequently inspect the vaccine's manufacturing facility and approve the vaccine's labeling. Following licensing, the FDA will continue to regulate vaccine production, including examining facilities and reviewing the manufacturer's potency, safety, and purity tests of batches of vaccinations. The FDA has the authority to examine vaccines produced by producers on its own. 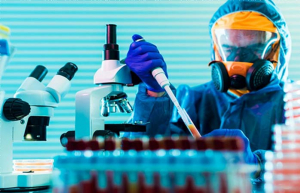 Who is involved in the production of vaccines?

Vaccine development necessitates meticulous work from experienced individuals from a number of fields at all stages of the process. Some people have the ability to wear a variety of hats. For example, an academic researcher may have a job in a nongovernmental organization (NGO) and influence how that organization works with manufacturers. A pharmaceutical corporation, for example, might hire a health professional who formerly worked for a federal agency. Health experts, manufacturers, NGOs, academics, government agencies, the media, and individuals and communities are some of the primary stakeholders — people and organizations who directly affect the production process.

Vaccines are created, tested, and regulated in the same way as other pharmaceuticals are. Vaccines are generally more thoroughly examined than non-vaccine medications because vaccine clinical studies typically involve a larger number of human patients. In addition, the Centers for Disease Control and Prevention (CDC) and the Food and Drug Administration (FDA) actively monitor vaccination post-licensure surveillance. 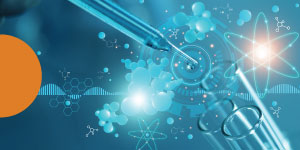 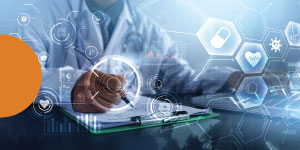 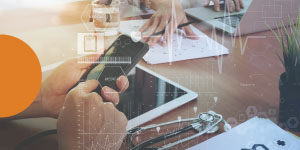