When it comes access to funding, Basel 4 will be a game-changer for both banks and corporations. The legislation, which is the finalization of Basel 3 and will take effect in 2023, would reform global bank capital requirements, affecting corporate lending in Europe and the Nordics in particular.

In December of last year, the Basel Committee on Banking Supervision (BCBS) announced the revised proposals for determining capital requirements for the banking sector, dubbed as "Basel 4". Reforms to the standardized method for credit risk, the IRB approach, the quantification of CVA risk and operational risk approaches, upgrades to the leverage ratio framework, and the finalization of the output floor are all part of the new rule. The Basel IV standards, which were agreed upon in 2017 and are set to take effect in January 2023, are adjustments to global bank capital requirements.

Through the Capital Requirements Regulation (CRR) and the updated Capital Requirements Directive (CRD4), the EU has already implemented Basel 3. These included a minimum leverage ratio, two new minimum liquidity ratios (the LCR and the NSFR), a stricter capital treatment of securitizations, and the use of the countercyclical capital buffer as a macroprudential instrument. 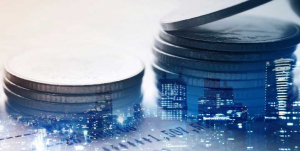 As part of the finalization of Basel 3, the Basel Committee decided on improvements to global capital requirements in 2017. The modifications are so extensive that they are rapidly being viewed as a new framework, known as "Basel 4," which is expected to take effect in 2023. According to a Basel Committee study, banks' risk-weighted asset calculations had a considerable degree of unpredictability. The most recent measures try to restore trust in those estimates by limiting the use of internal risk models by banks.

Advanced internal risk models provide banks the maximum flexibility in estimating credit risk, frequently resulting in a substantially lower risk than the basic model used by the regulator. For major corporates with a turnover of at least 500 million EUR, banks can no longer use these often more sophisticated and complex internal risk models under Basel IV. In addition, Basel IV has an output floor, which prevents a bank's internal risk exposure measurement from falling below 72.5 percent of the standardized approach.

What impact will Basel IV have on banks?

The goal of Basel IV is to level the playing field and standardize how banks analyze risks, not to enhance global bank capital levels. However, due to regional variances in banks' use of internal risk models, the reforms are expected to have a varied impact in different regions. The impact on banks' necessary capital will be minimal worldwide. The impact will be greater in Europe and the Nordics, where banks utilize internal risk models more frequently. Based on current lending volumes, the European banking system will need to find an additional 52 billion EUR in capital.

Basel 4 is currently taking shape, even though Basel 3 is still in its infancy. However, market sentiment is positive: banks and markets will be subjected to unprecedented regulatory shocks, risk-weighted assets (RWA) will rise by double-digit percentages, the load on IRB banks will be considered owing to the production floor, and the mortgage business will be severely damaged. These are the broad generalizations.

Central banks and Regulators have offered their support

The remaining reforms and the BCBS schedule have received unequivocal approval from the EU and UK central banks and prudential regulators. The ECB and EBA defended the output floor, which was designed to reduce fluctuation in how banks risk-weight their assets and thus improve comparability and consistency, and warned against moves toward a more flexible "parallel stack" approach, such as that advocated by the European Banking Federation (EBF). Although formal capital rules have yet to be defined, the US is believed to be aiming for January 2023.

If the reforms go as planned, banks in the EU will face difficulty in continuing to lend to the real economy and assisting the transition to green and digital finance. They continue to press the regulators on proportionality and the "level playing field," claiming that Basel 4 places them at a disadvantage compared to their US or global peers. Some banks push for full use of national flexibility, while regulators advocate for a more harmonized approach. There are additional questions about how the output floor should be applied at the consolidated or solo level, as well as what aspects of the capital stack should be considered for the output floor.

Do you want to get more idea about Finance? Check our Finance Online Masterclass Events. 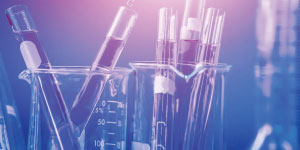 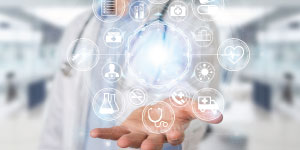 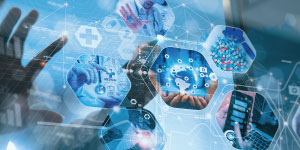